Heirloom. Aquadulce has lead the market for early winter broad beans for well over a hundred years now. Has also been awarded the RHS Award of Garden Merit. Prized for its cold hardiness. This bean is very easy to grow and produces early and abundantly. A good choice to grow for a children’s garden.

According to William Woys Weaver, “This bean is the Agua Dulce Long-Podded of Vilmorin (1885), a variety that originated in Spain as a selection of haba de Sevilla, also called haba de Tarragona. It is a megalosperma type that traces through haba de Sevilla to the late middle ages. It was introduced commercially Agua Ducle Broad Bean in the middle of the nineteenth century and was illustrated in the Album Vilmorin (1871) However, the haba de Sevilla was raised in Mexico since the period of Spanish settlement, and therefore, Agua Dulce has many close relatives in the numerous old Mexican varieties that evolved in the Southwest. Many of those varieties are still available today.”

One of the most delicious broad beans in terms of flavour and texture. Simply simmer the green shelled beans a few minutes in hot water with a sprig of thyme, then toss with butter, lemon juice, salt and pepper for a delicious meal. Pinch off the young tops when the pods have set and use them in stir fries or raw in salads as a delicious and nutritious green. In France the green, young tender pods are cooked whole. Broad beans are rich in Vitamins A, B, B6, C and E, Calcium Magnesium, Iron, folate and fibre. The plants can also be dug into the soil as a green manure once beans are harvested.

Sow in double rows in well prepared soil in autumn to allow the plant to get a good start on winter. Soak the beans in water for a few hours before planting to speed up germination. Keep the soil moist in dry periods to prevent flowers from dropping. Support might be needed when the plants get bigger, and the best way to do this is to create a box around the plants which they can lean against. Pinch out the tops once the flowers have wilted to direct the plant’s energy to the developing pods. Harvesting continually will ensure a 4-6 week harvest period.

About 90 days to maturity

There are no petite packets available for Broad beans

Using Peaflo-Rhizobium bacteria when planting your broad bean seed is the most cost effective way of putting nitrogen fixing bacteria into your soil, creating healthier soil for a more productive harvest. 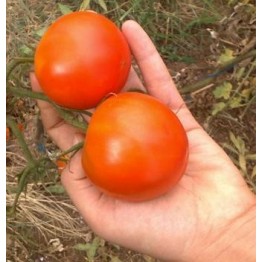 Solanum lycopersicon What a lovely little tomato that produces a super abundance of 90-100g frui.. 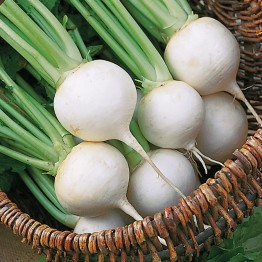 Brassica rapa glabra An outstanding old heirloom from the late 1800’s. This variety was.. 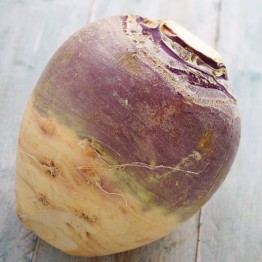 Brassica napusA producer of large, round, yellow roots with a purple crown, that has a fine textured..