Well-known heirloom open pollinated cucumber that has been grown for years in most vegetable gardens, and excellent for slicing. Ashley is an early variety with is a prolific producer of medium size 30cm fruits that are darker than other cultivars. Resistant to downy mildew and other problems normally caused by humid conditions. Also grows well in containers.

Developed by the South Carolina Truck Experiment. Station, Charleston from breeding lines of that include the Puerto Rico 40 and Marketer varieties. It was bred to withstand the hot, humid summers of the south. It appeared in the Seedsmans Digest of February, 1955 and was released in 1956.

A very nice crisp and crunchy slicing cucumber. Great in salads and on sandwiches, as well as in cucumber soup. Also great for pickling at any stage. Cucumber is also regarded as a health food and a natural laxative.

Requires full sun. Sow in trays or directly seed in well-drained soil rich in compost and manure for quick consistent growth. Because it takes up a bit of space, it is best to grow them on a trellis at least 2m high. Carefully guide the frail vines up to prevent any damage, and pinch out the growing tips once the top is reached. Water regularly at the base to keep the leaves dry. Do not let the soil dry out as this might lead to flowers dropping. Pick regularly to promote continuous flowering, but also be careful when picking fruit because the plant is frail.

About 65 days to maturity 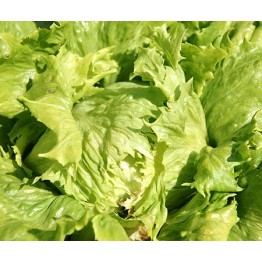 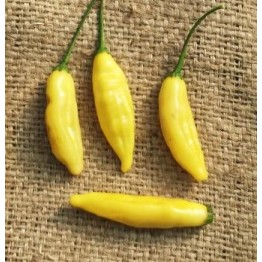 Capsicum baccatum It is another Peruvian chilli with a very strong citrus flavour and a beautiful.. 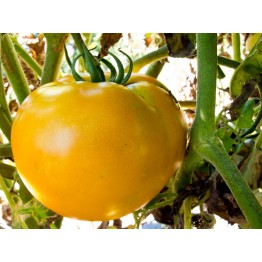 Solanum lycopersicum We have been growing these for a number of years now, they are great produce..