2021 has been a year of firsts at Livingseeds, but this offering is utterly unique and special in so many ways:

This endangered indigenous plant is found throughout sub-tropical and tropical Africa and is used as a medicine and food everywhere where it occurs, but is seldom cultivated but rather collected from the wild.

It is a very attractive creeper with large and attractive leaves and big sprays of red/maroon flowers in summer, it has a very tight coiling pattern and is neat and tidy on a trellis or pagoda, it is as happy climbing a fence or tree as well.

The vine produces numerous, shallow tuberous roots which can be easily harvested to use for its most famous attribute, and a few lesser known ones. And what is this plant famous for? Containing numerous aromatic compounds, the root smells and tastes remarkably like a cross between ginger and vanilla, with a slightly bitter foretaste becoming sweet, but this is only a bonus.

The traditional use which has made this plant rare, and even extinct in parts of its range is this: it is a potent and respected aphrodisiac and performance enhancer, particularly for men. Traditionally considered a cure for male infertility problems the plant has been researched extensively.
Its root bark can increase testosterone production and enhances human sperm function as well as promoting sexual arousal and assists with erectile dysfunction in men. It is considered to have an effect on erectile dysfunction similar to Viagra, stimulating the release of nitric oxide, and increasing the blood flow which cause erections.

Mondia whitei root is used as a remedy for other ailments as well – from heartburn to indigestion, flatulence, gonorrhoea, abdominal pain, constipation, bilharzia, premature uterine contractions in pregnant women, appetite stimulant, asthma, and high blood pressure, amongst other things, usually in combination with other medicinal plants.

The root is also a good energy booster and appetite promoter, the increase in energy being long lasting and natural feeling, not “jagged and jittery” like caffeine can be. The roots have been used to brew a ginger beer like beverage in West Africa, and there is interest in its use as a novel spice and flavouring agent. It is fantastic as an infused botanical in neutral spirit, and root is traditionally roasted with meat as a flavouring agent in South Africa.

The leaves are also edible and can be very tasty if prepared properly, rich in micronutrients like vitamins A, D E and K, zinc, iron, magnesium, and calcium you can boil them with butter and serve with feta as a spinach, fry them with onion and tomato as a marog or imfino, or, if made into little bundles they can be used as a waterblommetjie (Aponogeton distachyos) substitute, their flavour and texture very close to this sought after seasonal vegetable!

• Pot up when about 10 cm tall with four or more true leaves.

• Allowing your plant to get large allows you to harvest lateral roots and not damage the main root of your vines.

• Loses leaves and goes dormant for a month or so in late spring/early summer.

• Hardy to -4C, may require protection in cold areas. Can re-sprout from the root.

Plants grow fast and tolerate pruning. Can live for decades.

The seed takes precisely a year to ripen, so when our current batch is finished we will only be able to restock towards the end of 2022!

No petite packets for this variety 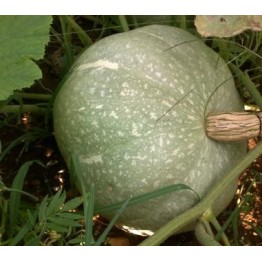 Cucurbita maxima This amazing pumpkin was given to me by one of my staff members (Charlie). His m.. 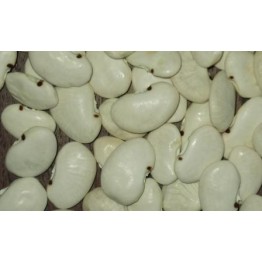 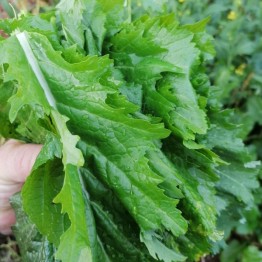 Locally known as M'shai or Mutshaina this large leaf mustard is the true heirloom variety grown by .. 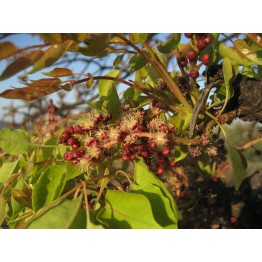 Sclerocarya birrea spp caffraMost commonly found in Limpopo, however can also be found in Kwa-Zulu N.. 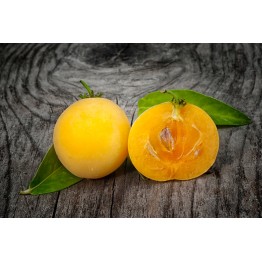 Dovyalis caffraKei apples are native to South Africa and are named after the Kei River in the Easter.. 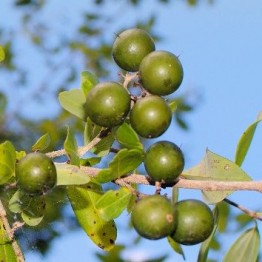 Strychnos spinosaAn indigenous tree to tropical and subtropical Africa which is also known as a Monk..